Unmask The Jedi In You With 3D-Printed Action Figures 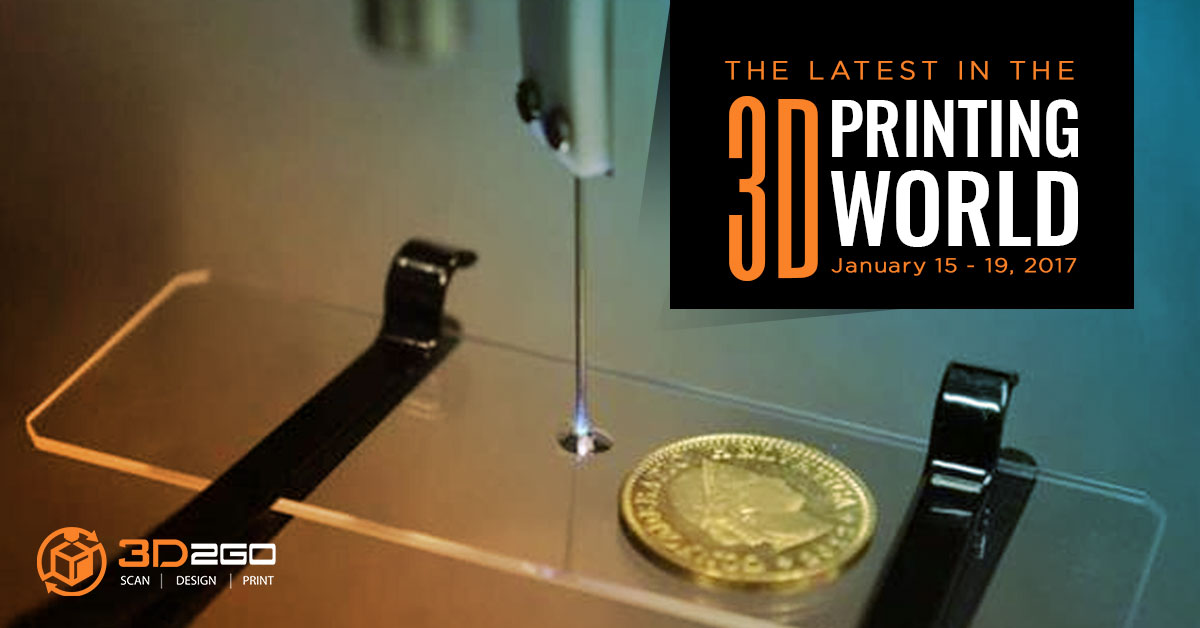 Looks like there will be a bright future for the field of 3D bio-printing. A team of researchers in Switzerland has developed a new SLA technique that could upgrade how we see 3D bioprinting today.

The newly created endoscopic SLA technique uses an ultra-fine optical fiber to focus a laser beam. Because of that, it creates structures on a very small scale. Since it is very fine in texture, it can be used for direct bioprinting of tissue into a human body.

Just this week, Apple was granted a patent for “Method and apparatus for three-dimensional printing of colored objects.”

This is good news for Apple but not for different companies that would want to further develop this technology. A colored 3D printer might be just an Apple thing because the patented tech has a vague description.

The question is why Apple wants to delve into 3D printers?

Seurat Technologies has raised $13.5 million in a Series A funding round. The money will be put to an investment of the company to improve the metal 3D printing.

Another achievement for metal additive manufacturing has been done by Argonne National Laboratory from researchers at the Department of Energy.

The people from the department are working to lessen the military equipment officers carry to other places, especially the far and isolated ones. they want to take advantage of what metal 3D printing can do and just 3D print on site whatever they need.

There are many Mexican who cross the US borders to have a better life. But for the unfortunate ones, their life ends at the border itself.

However, a class in New York Academy of Art has started a project to reconstruct the face of the unnamed border crosses in Pima County, Arizona. There were 3D printed of skulls from eight unidentified men and the students are sculpting their face.

Though the office is far from each other, since we live in a digital age, files are sent using computers. The 3D tech company FARO is the one who scanned the skulls then sends to New York for 3D printing.

For more news and updates about 3D printing and additive manufacturing, click the link here to see our blog!