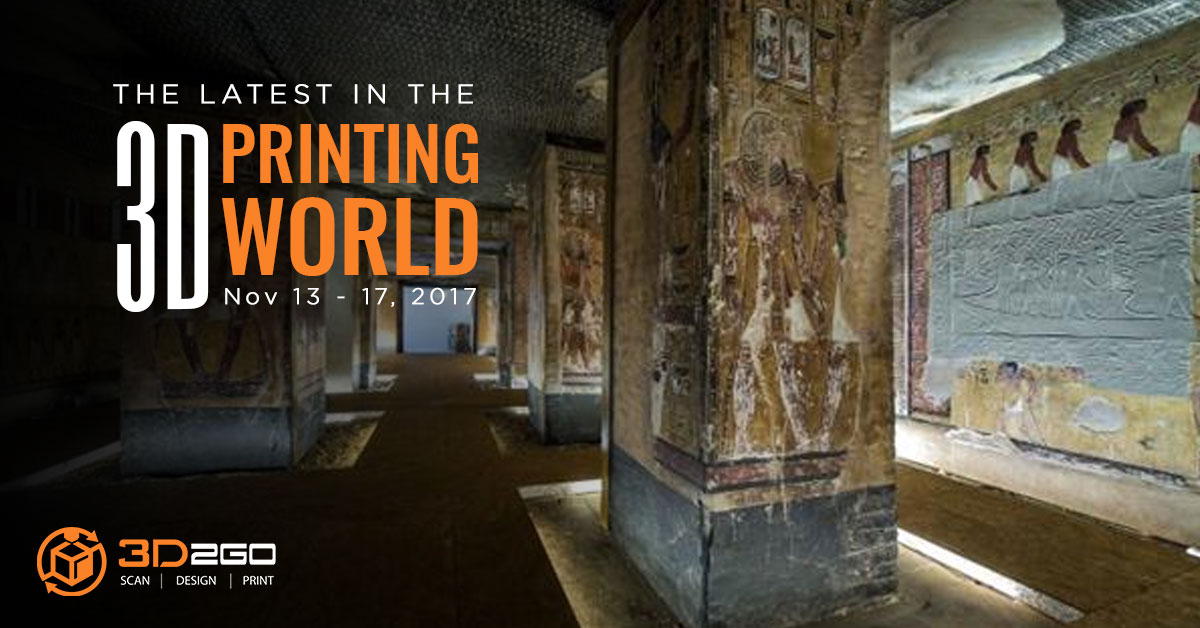 Digital conservationist company Factum Foundation and the ancient Egypt buff Adam Lowe has started a project where they will replicate the 3,300-year-old sarcophagus. It will now have its 3D printed form in the Antikenmuseum Basel in northwestern Switzerland.

It is part of their five-year project. They will completely copy and replicate the Egyptian site through 3D printing. “Scanning Seti: The Regeneration of a Pharaonic Tomb” is available for public viewing at the Antikenmuseum in Basel until May 6, 2018.

Thanks to the latest 3D technology, conjoined twins from Rome can now live their lives happily and separately.

The twins are of Algerian nationality and have gone through a 10-hour surgery just to achieve the results. 3D printed models were the ones who helped the surgeon completely separate the two.

Before, Rayenne and Djihene, has one chest and abdomen. But now, they have two separate body parts and are healthier.

It was the Bambino Gesù pediatric hospital in Rome that did the surgery. There were five medical teams present, that’s 40 people working hard for the twins. It was Professor Alessandro Inserra, a surgeon at the hospital, who led the team.

Dubai To Have The First 3D Printed Bus Stop

Middle East’s progressive country, Dubai, is really spearheading 3D technology when it comes to local infrastructure.  They are planning to build a 3D printed bridge and bus stop in the next five years. It was the Dubai Roads & Transport Authority (RTA) that suggested the proposal after seeing the first ever 3D printed office building.

According to Abdul Reda Abul Hassan, Executive Director of Rail Projects, Planning & Development at the Rails Agency and Chair of the Dubai 3D Printing Strategy Implementation Committee at the RTA, not only bus stops but pedestrian bridge, Hatta Gates, and marine transport station, all of those will be built using 3D printing technology.

Blizzard Entertainment has just produced the largest video game diorama. They were awarded Guinness world record for it.

They use 3D printing technology to 3D print over 10,000 miniature World of Warcraft characters. The characters are laid in the massive diorama that spans 1,300 square feet.

They showed it in their Blizzcon and the attendees were amazed. One BlizzCon attendee said, “I thought it was amazing, it’s just so awesome to go to ‘con’ and find your character in its exact spot.” “The time it must have taken alone to 3D print [the characters] just blows my mind,” while another added.

The University of Mainz Cardiothoracic and Vascular Surgery Department in Germany has used 3D printing to make the surgeries easier and faster.

Since 3D printing has been introduced in the medical field, many doctors and surgeons have fully used it to its capacity. In this university, they are using it to 3D print models of their patients to fully study them before doing the surgery.

They are also used to design implants and for it to perfectly fit the patients.

There are too many CT scans to study and look at when diagnosing a patient and how to conduct the surgery. With 3D printing technology, “we can quickly understand the individual patient anatomy and best determine the type of treatment required to successfully treat it,” explained Prof. Dr. Bernhard Dorweiler, the head of the department.