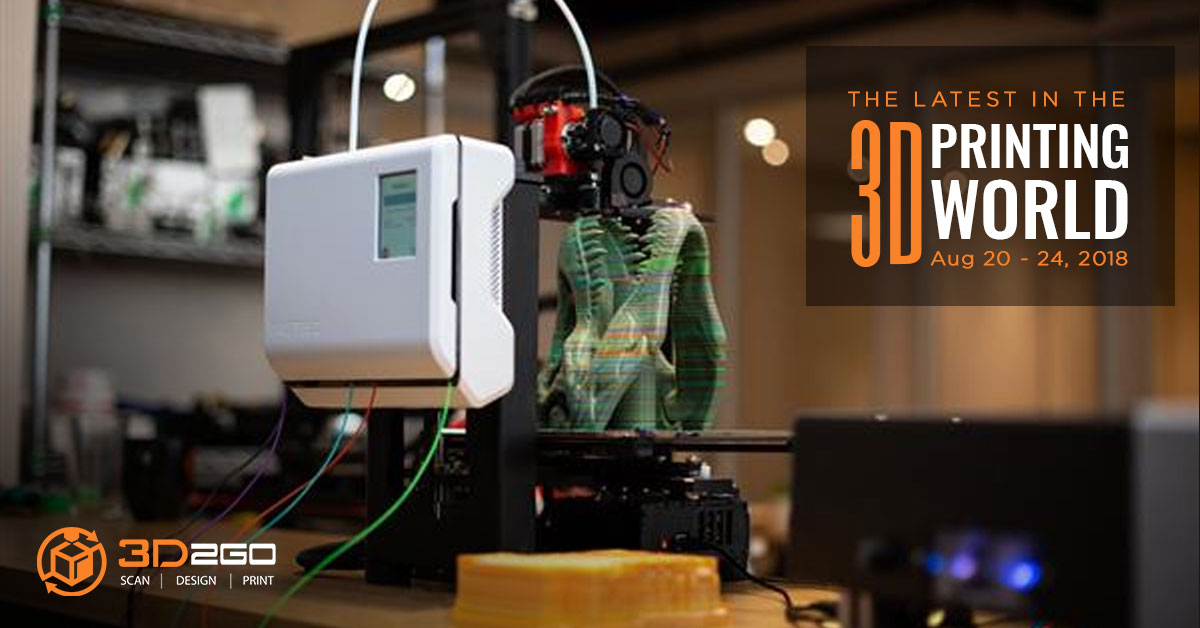 This 3D printer is one of its kinds because it is the first 3D printing device that allows multi-color an multi-material in a single printing. Palette 2 is an upgraded version of Palette+, Mosaic’s flagship product.

Researchers with the Smart and Sustainable Automation Research Lab (S2A Lab) at the University of Michigan College of Engineering is experimenting on remote 3D printing control.

we have been experimenting with a new way of controlling 3D printers, where stepper motor commands (and other low-level control commands) are generated in the Cloud, rather than on a microcontroller,” Professor Okwudire explained.

The team published the details of their work in a paper, titled “Low-Level Control of 3D Printers from the Cloud: A Step toward 3D Printer Control as a Service,” in a special issue of open access journal Inventions all about 3D printing innovations; co-authors include Professor Okwudire, Sharankumar Huggi, Sagar Supe, Chengyang Huang, and Bowen Zeng.

Researchers at the U.S. Army Research Laboratory and the U.S. Marine Corps have developed a way to replicate broken parts that are immediately needed for their work.

Just within hours, the parts are replicated using waste plastics, such as water bottles, cardboard and other recyclable materials found on base as starting materials for 3D printing.

We may have the world lightest satellite in existence! The Indian startup, 3Ding, has introduced FabX 2.0. it’s a printer with a slightly higher price than their FabX.

The company has used the printer to create the lightest satellite. They named it Jai Hind 1-S and it weighs only 33.3 grams and was 3D printed from nylon.