Trophies and Other Things You Can Offer to Promote Employee Retention 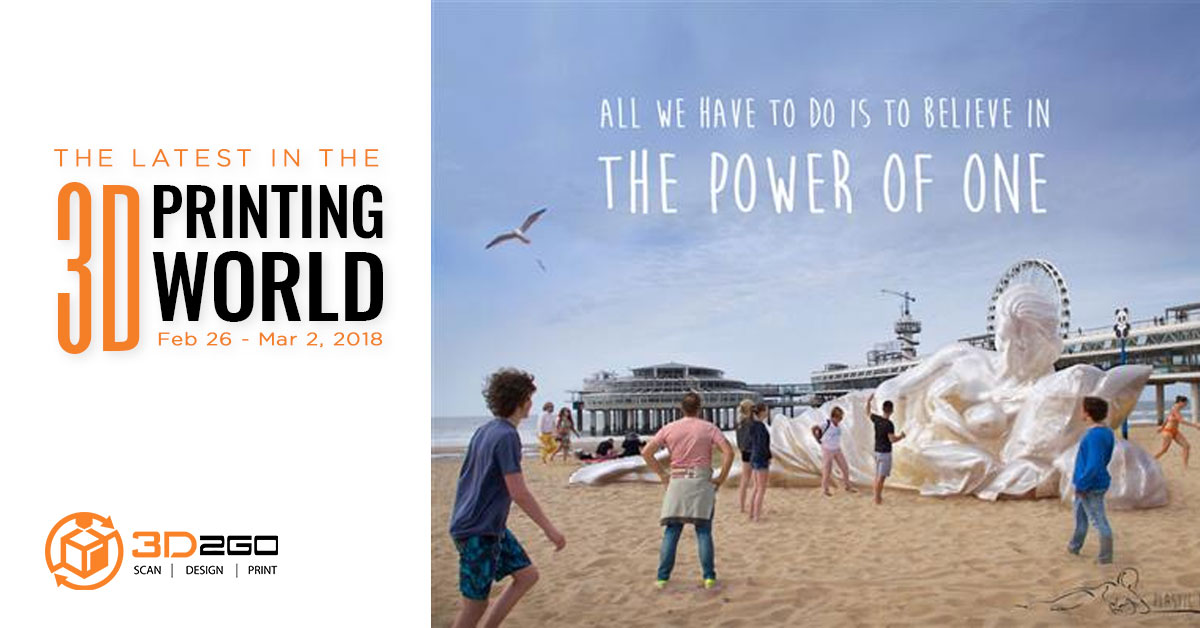 Students from the University of Canterbury in New Zealand have decided to 3D print a titanium engine. The students design the 3D printed titanium engine for eco-friendly cars.

Reports are saying that the AM engineering is the first in the world. The car with 3D printed titanium engine was built to work on ethanol.

The Netherlands has decided to 3D print a huge image of the “Madonna” sculpture by the beach.

A Dutch organization, Klean, has decided to follow up their projects in Brazil and Amsterdam into reminding people about the waste that goes into our oceans. the company used 100,000 plastic bottles that were donated by the citizens of Netherlands to create the masterpiece.

A Chinese 3D printer company DediBot has revealed they made a flying 3D printer at TCT Asia 2018. They built the “Fly Elephant” 3D printer so that it can 3D print even bigger things.

As of now, it is in its concept stage.  The company wants to have an open-ended Additive Manufacturing (OAM). Concept wise, the 3D printer is open-ended because “each axis is limited only by the battery life of the drone, not by the physical constraints of a printer enclosure.”

Researchers from Harvard University have developed 3D printed soft robots that can sense movement, pressure, and temperature. They call it “foundational advance” in soft robotics.

“Our research represents a foundational advance in soft robotics,” commented Ryan Truby, first author of a research paper on the study and recent Ph.D. graduate at SEAS. “Our manufacturing platform enables complex sensing motifs to be easily integrated into soft robotic systems.”

The effort was a team effort. John A. Paulson School of Engineering and Applied Sciences (SEAS) and the Wyss Institute for Biologically Inspired Engineering came together to achieved the new platform development.

The Oscar-nominated film, ‘Blade Runner 2049’ has stated that they heavily used 3D scanning into making the visual of their film. The film is nominated for best visual effects for this year’s awards.

One of the most memorable cinematic values in the film was the beetle. It was from Zoology professor named Javier Alba-Tercedor. “At the beginning, I did not know that the scans of these insects would end up becoming part of the visual effects of Blade Runner 2049,” he said. “I had never imagined that the skills acquired during my research career would be useful for the film industry.”